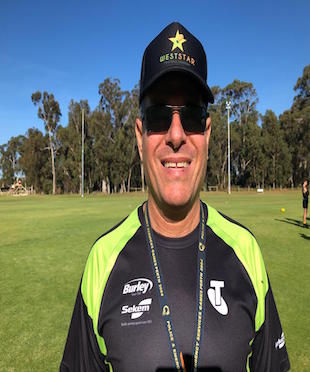 Mark Neates is one of Perth’s longest serving high performance coaches, specialising in speed and power. He has a wealth of AFL experience including his time as a sprint coach for the West Coast Eagles from 1986 until 2000, where he enjoyed the success of two premierships and many finals campaigns. Mark’s experience also includes time at the Fremantle Dockers and the Richmond Football Club. Mark was also the former sprint coach of the State AFL under 18’s team and five WAFL Clubs.

Outside of being a club coach, Mark has also enjoyed much success as a private sprint coach. He has privately coached three Brownlow Medallists including Ben Cousins, Simon Black and Shane Woewodin. Along with many other AFL stars including Elliot Yeo, Patrick Cripps, Harry Taylor and Dean Cox to name a few.

Sorry, the comment form is closed at this time.