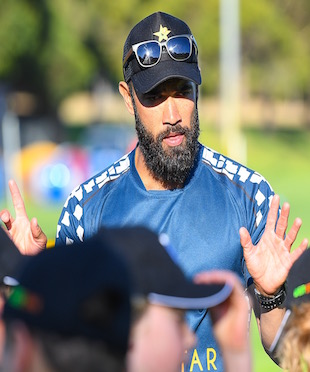 Ray has over 20 years experience in the WA development pathway and WAFL competition. Ray started his football journey in 1998 at the age of 13, where he was part of the WA development squad for 4 years. In 2001, Ray joined the West Perth Football Club in their Colts division, before joining the WPFC senior team in 2003. Ray enjoyed a stellar 187 game career at WPFC from 2003-2015. During that time, Ray was a club vice-captain, WA state game playing member, two time runner up B&F winner and premiership player. In 2013, Ray was awarded life membership for his contribution to WPFC during his time there.

Post his playing football career, Ray has turned his attention to coaching the game he loves. Ray began his journey in 2013 as a senior development coach for WPFC. Over the past 5 years, Ray has been the fitness coach for Whitford Amateurs FC, a 15’s and 16’s assistant coach at WPFC and is currently a Fremantle FC Next Generation academy coach for the West Perth district. Ray is currently working his way towards a level 2 qualification.

Sorry, the comment form is closed at this time.